East Ash is a band with a sound, a band that was all about a moment in the lives of a few people, a chemistry experiment that worked perfectly just one time, a reaction that could never occur again. If any band earned the title of local heroes in the late 1980s in Columbia, it was East Ash. The band formed in 1985 and, by the end of the decade, had gained a large local following with their atmospheric, melodic art rock with live shows involving anything from props to a Tom Jones impersonator, the music still seemed the main focus both live and on the band's two albums, "Crushing A Flood" and "Ellie". It was widely believed in local music circles that East Ash was the band from Columbia that would make it on some level. Unfortunately, even though they managed to draw healthy crowds to The Blue Note, a reluctance to do major touring and interband tensions got in the way of their potential. Helicopter guitars, awash in reverb, cough out lines that range from purely percussive to soaring and melodic. Singer Jeff Rogers accompanies himself on an evil-sounding fretless bass, and sings in an anguished wolf-howl. The band has many moods, all of them bleak...at slow tempo they are incredibly sinister. Up-tempo, they're downright scary, careening along behind Don Cizek's obsessive, manic drumming and the wild guitar extrapolations. Unfortunately this album doesn't hang together like "Crushing A Flood". Find that one first for the undiluted version. 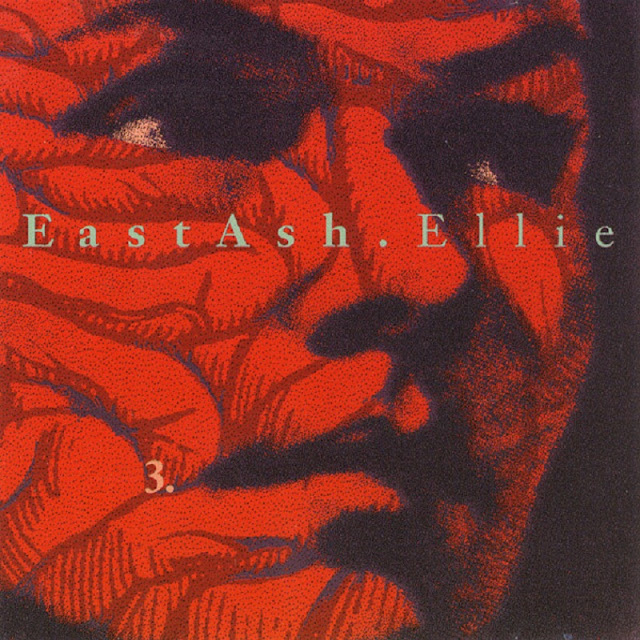 Buy the album, turn it up to '11', and think about what 'might have been' if just one or two things had fallen their way.