This is the second 'physical' album for the Dallas/Texas based goth/post-punk trio, following their debut Martyr on Moon Sounds Records. The all new album contains not less than 17 tracks, including a number of previously released digital singles, such as 'Blitzkrieg in Holland', 'Salvation and Saving Face', 'Ghost of You', ‘Tortured Decline’ and others.

Rising from the inferno of heartbreak with a determination towards gentility, humility, graciousness, and kindness, Rosegarden Funeral Party takes influence from life’s tragedies and spins chaos into beauty. Leah Lane fronts the band with a voice like that of the lovechild between Morrissey and Siouxsie Sioux and her guitar playing has been compared to that of Daniel Ash, with bass playing that takes obvious inspiration from Peter Hook. With synths trapped in the loving arms of the 1980’s, rhythmic percussion and drums inspired by dark dance floors, Rosegarden Funeral Party prove to be the second-coming of traditional goth. The productive act, active since 2017, is looking back on 2 albums and several singles, partly self-released, partly on labels such as Moon Sounds, Institution Records, Oràculo... Their last year’s 5-tracks mini-album ‘At the Stake’ on Young & Cold is one of the top sellers on the label and expectations for this their second album were big, and are not being disappointed. 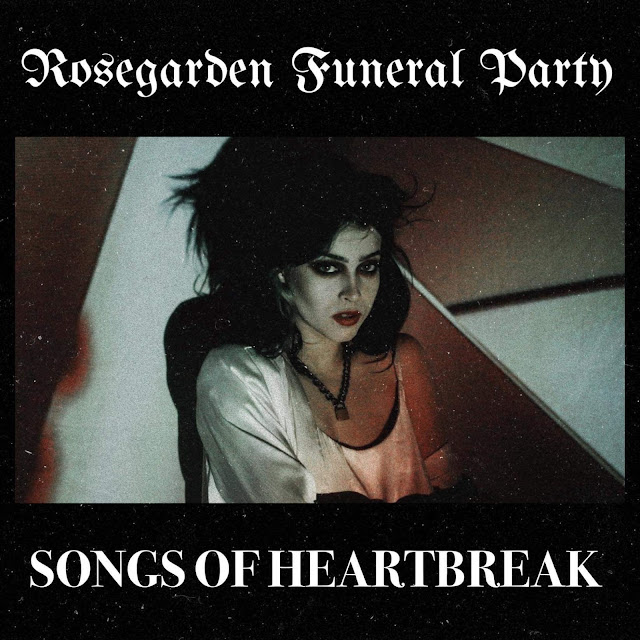 Ripped from the bandcamp page to MP3 @ 320kbps

11.  Fear Of Feeling Nothing