October Rust is the quintessential Halloween album. It’s cheap to dismiss all gothic/horror/dark whatever rock and metal as some kind of seasonal novelty, but Type O Negative are (or at least were, before frontman Peter Steele’s death in 2010) in on the fun. Jokes and gags and overall amusement was always their shtick anyway…

Opener ‘Bad Ground’ is literally just vibrating feedback intended to make the listener believe their copy of the record is broken. Of course, they couldn’t do it subtly; the following track has the New York boys laughing, “We hope you enjoyed our little joke there,” and introducing themselves before the album begins. It’s charming when a band doesn’t take themselves too seriously and Type O Negative remain perhaps the most shining example of a balance; one of making a hell of a gorgeous racket with tongues firmly in cheeks all the while.

October Rust is no departure from their signature sound. It has the epic ballads and the lyrics drenched in sex and debauchery. Where their previous effort, Bloody Kisses, has ‘Christian Woman’ and ‘Black No.1’, they reply with ‘In Praise Of Bacchus’ and ‘Haunted’. And, just like their other releases, there’s an endearing, almost humorous cover of a usually prim-and-proper track, in this case, Neil Young’s ‘Cinnamon Girl’, which follows the same trend set by versions of Seals & Croft’s ‘Summer Breeze’ and ‘Hey Pete’, a spin on legendary blues number ‘Hey Joe’.

Despite the abundance of fantastic material the Brooklynites put out, this is the record that gives them their identity. Under spine-shattering riffs, Type O Negative’s heavy persona is hoisted into view, a take-it-or-leave it notion not matched by any other of their ‘gothic’ contemporaries. It’s ballsy and audacious and utterly brilliant.

October Rust evokes imagery like no other album. Think Sid’s bedroom in Toy Story, with its dark-panelled walls and its neon shades complemented by lava lamps and all sorts of neo-psychedelic 90s posters and memorabilia. Now imagine a drunken stupor fuelled on Buckfast and delinquency taking place entirely in that room, where everything outside of the four walls (except the thunderous rain outside) ceases to exist. And on the wall is the sleeve of October Rust, beneath it the record spinning. And there are no sounds except its intoxicating, atmospheric tones. 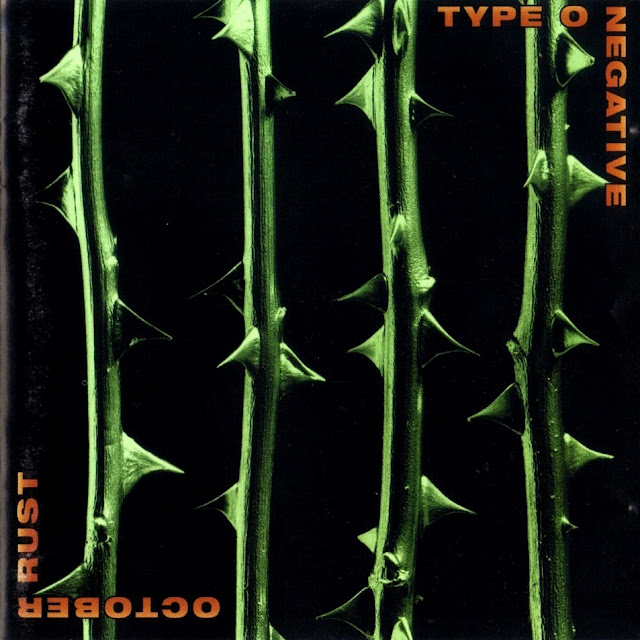 12.   The Glorious Liberation Of The People's Technocratic Republic Of Vinnland By The Combined Forces Of The United Territories Of Europa 1:07