The Image Has Cracked

Starting with a nuttily bombastic synth intro (courtesy of Squeeze's Jools Holland!) which sounds just like the music punk was supposed to be destroying might seem an unusual move for a band founded by the guy who chronicled the original London explosion. But it's that very contrariness in Mark Perry which made the original Alternative TV such a thrilling prospect, and which makes The Image Has Cracked an unfairly neglected classic from the late-'70s upheaval. Seizing on the promise of punk as being a new means of expression rather than a new set of musical rules to be adhered to, Perry, along with a solid-enough band, whip up a series of incendiary pieces that explore as much as they thrash, caught somewhere between the Fall's divine ramalama and three-chord snarls. "Alternatives" captures the tense spirit of the band's work perfectly, a live recording where over a gentle groove Perry invites audience members to come up and "use the soapbox," only to have a bunch of chancers and screamers talk a lot about nothing much at all, until Perry spits vitriol at a pair of people in a punch-up and complains about "diluted shit." As an expression of going down defiant while punk became a new fashion, it's fierce and brilliant. A good half of the album comes from the same concert, including the harrowing final track, "Splitting in Two," as perfect a capturing of nails-dug-in-flesh paranoia and indecision as anything in music history, revived as a live favourite years later by the Chameleons. The studio cuts include a solid run-through of Zappa's "Why Don't You Do Me Right?" and the closest ATV ever came to an anthemic single, "Action Time Vision." 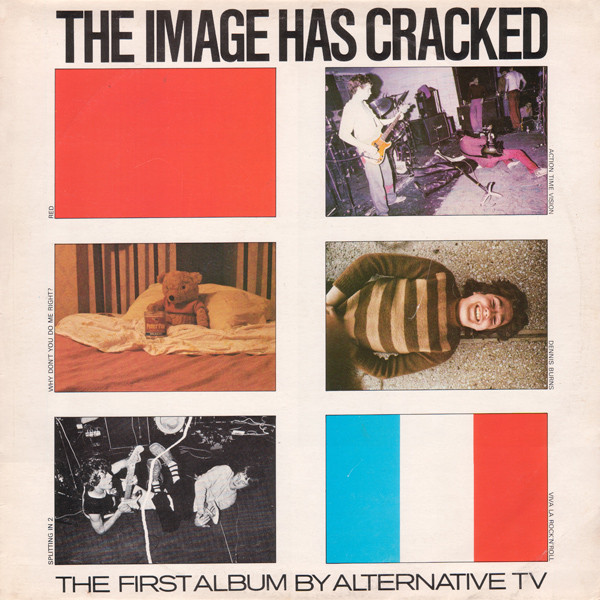 Allegedly ripped from the original vinyl to MP3 @ 320kbps

Alternative TV; The Image Has Cracked