David Byrne of Talking Heads, long a supporter of the band, was brought in to produce the sessions for the B-52’s third album, but creative differences between Byrne and the group, as well as a lack of enthusiasm from their record labels, led them to scrap the project. Some of the completed tracks were issued in early 1982 as an EP, Mesopotamia, but that is not what we have here. The lovely people at Planet Clique produced a 7 track remix promo CD with versions of Love Land, Cake and no less than five versions of Mesopotamia. 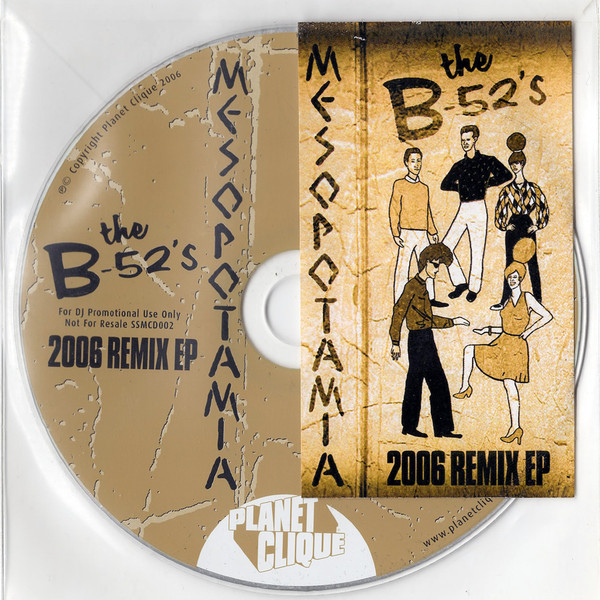 Ripped from the 2006 promo CD to Tech House FLAC

The B-52’s; Mesopotamia (The Remixes)

More of the B-52’s having a party here